LET ME BE: second excerpt of the book 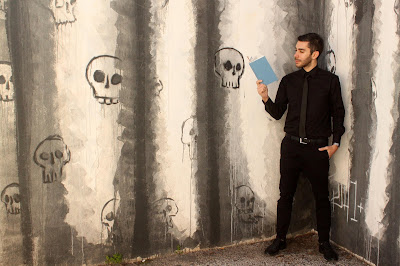 As we move closer and closer to the publishing of the book it's now time for me to reveal an excerpt of the Chapter 1: The year of death. This text reflects a time when I was still discovering my true identity...
"September, 2006.
For my own good, the internet was already a uniquetool for my discovery. And so, in some late afternoon after school, I foundmyself avidly reading the forum of an association for young people who were...like me. But that virtual space was not just that. I soon realized that therewas a much more complete side, which included several sexual orientations andother definitions that had never crossed my mind. It may seem not that much of adeal looking at it right now but, in addition to the vast load of information,what I really felt was that I finally had an online place where I couldget in touch with other young people like me, without having as a first question something about my favoritesexual position.
Andthat was when, with such thought,  I transpired the first timid smile inmany and lengthy months which had forced me to drag that uncomfortable pain ofnot wanting to be that way. Inside of me a light was turned on. Perhapsthere was nothing wrong to be that way, maybe I had a place in the world, maybeI could be fully understood for that.
But somewhere, many miles away, myfather was now experiencing another kind of pain, the one of not accepting thata child could be different from most. I wanted to take all that new information I discovered to him. I wanted to sit with him, I wished to sit besidehim, I wished to explain. But fulfilled wishes were not really part of my daysat that time, so I confined myself to that place, sitting on my bed, with mycomputer on the lap, dwelling on the duality of discovering so much and at thesame time being unable to speak about it, hence swinging between these twoopposite poles.
I stoppedon one of the forum’s threads, which had something about LGBT bars.Several people talked about the places that they attended in their cities and, becausenobody could take the imagination from me, I dreamt about the possibilityof having a place like that in my city. But why limiting yourself to wonderingwhen you can ask? I would remain anonymous, nobody would know me. So I createdan account on the forum’s website and I wrote my first and short question. Indoing so I felt a sort of freedom that was oddto me. I remember that I spend some time looking blankly at the screen, reflectingon the name that was being displayed. Rede ex aequo. That was the name of theassociation, which, translated from Latin, gives us the word equality. Andwasn’t that what I was looking for? Equality. No more no less.
Ilost myself in the anxiety of wanting an answer to the question which I hadjust submitted and so I looked at the street through the huge window, where largedrops of rain were running down. I fixated that image. Quiet. In silence. I simplyremained petrified by floods of thoughts and recent memories of my father’svoice yelling that I could not be that way, that I was an abnormality, a sickbeing or an aberration. And then I went back to my childhood, not so distant,with my father giving me everything, the affection, the gifts, the compliments.I relived the pride that he had in me and in what I did; I revisited his jovialexpression when he took me to the music school, when I read to him somethingthat I had written, when I told him that I dreamed to be a writer andpublish a book. My father truly loved me and encouraged me to go after mydreams. But now, at the same time, these flashes of my life were all juxtaposed; the past and thepresent were tied to one another, and the fact that my father could hate meovernight did not make any sense. I had not changed. I was the same old Filipe,only much more shattered now. But what I was before was still there and thatfather was too. All that could not have suddenly disappeared. It couldn’t.
Someone knocked on the door of the room. Thoseimages faded immediately and I assumed my happiest semblance."
"Let me be" will come out in October.

LET ME BE: the first excerpt of the book is here 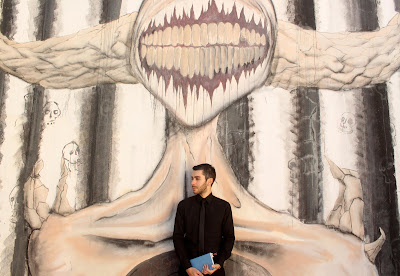 This is an exclusive excerpt of my new book Let me be. This text is part of Chapter 5 - Demons, wich tells the ongoing story after my coming out in the aftermath of a turbulent and toxic relationship.
"March, 2011
It isweird, even annoying, that the only feeling capable of dragging you to the darkside is something as pure as love. Only the debris of such a noble feelingcould be fertile ground for all the hatred that was now throbbing inside of me,deep down, in a place where I never thought I would go.
And Iknew how that story would end. The story of a boy who looked for answers andhope in life’s dark side. I knew it was the wrong path and that at the end ofit there was an opportunity for redemption. I knew it was possible to findbalance again. I had seen that story from another point of view, across thestars. But in those moments when my eyes showed nothing but blinded hatred, whenmy words shattered the quiet silence, when my movements were brisk, strong,destructive; I knew that all of that was not me. It was the ultimate outcome ofso much violence.
And,as I walked through, my steps echoed a song, it was the one of a being willing to do anything to destroyanyone who had dared to toss him into a deep, murky place. Those were chordsthat sent shivers down the spine, which could be heard from a distance, thennear, then away and then near again, followed by voices that yelled fears,anguish, revenge.
Afterso much time, it seemed that the duel betweenmy two beings had arrived. Light against darkness. I against I, no matter how much I tried to convincemyself that, in that battle, there was someone else besides my own fracturedbeing. It was as if, after years of inner and outer struggles, I was finallyfacing the major clash of my life. And I just could not forecast the future,nor had I any power that could warn me about it, but, later on, I realized thatit was the moment when everything started to shape the biggest metamorphosis ofmy own Fate."
Let me be will be published through Amazon worldwide in October.
Esta página utiliza cookies. Consulte a nossa Política de cookies.